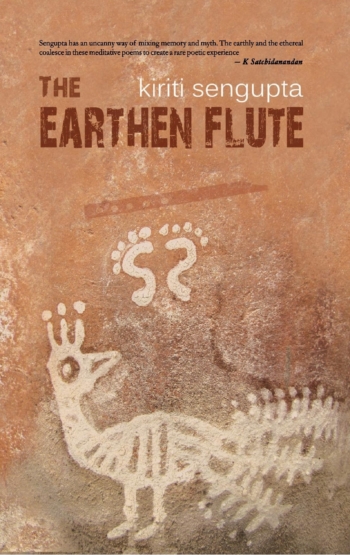 Buy The Earthen Flute From


About The Earthen Flute

When you read Kiriti Sengupta’s works properly, you get to know certain things that are clearly his objectives, and one of them is surely to bridge the gap between cultures. This is what he has been trying to do in his own way. Since his publishers are chiefly from the United States, it is but natural that he would feel a sense of duty and internal urge to unite both cultures, and what path is better suited than the path of spirituality, that even Swami Vivekananda took recourse to while putting India on the map of the civilized folk in the eyes of the world. The poems in this volume have invented a language of their own and thus has been able to reach out simultaneously to the readers dwelling in the east as well as in the west. He does reach out to the west with references to the famous Bengali poet Sukanta Bhattacharya and his often quoted marxist anecdote, comparing the moon to a roasted bread. Imagine a Bengali poet writing a poem with the moon as a central metaphor and not using references to Blake or Wordsworth but a poet from his own soil! What can be more exciting?

Lorna Dee Cervantes [Olympia, WA] puts it, this is the—“Earth …where I wish to live.” This is ample proof that Sengupta is successful in his attempt. Nathan Hassall of The Luxembourg Review shrewdly notes that the rhymes in Sengupta’s poems are not forced or contrived but come naturally as he works out his poem—“ “A flute sounds along the serpentine track / Breath tunes it from mute to high . . . to crack! // For eons religion or its absence / appears back-to-back . . .” [Cryptic Idioms].