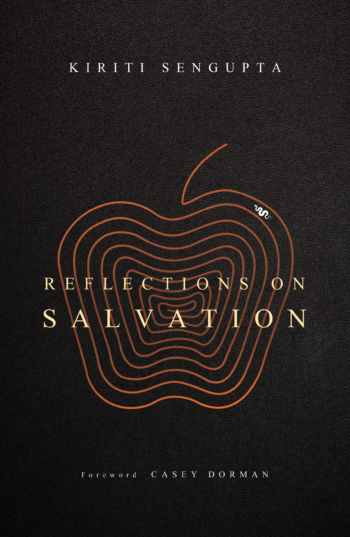 Buy Reflections on Salvation From

About Reflections on Salvation

Reflections on Salvation is Kiriti Sengupta’s most recent work, and interestingly, this is is not a book of poetry but a rare genre, which according to Mary Madec falls into the category of “Flash Wisdom.” As The Yellow Chair Review puts it,“….The book won’t tell you how to think, but would importantly point out that you need to think. High time!.…” The writer writes in stark prose and unwaveringly interrogates the people who have been associated with the religious beliefs of the mass in India, and this takes courage to this sort of a thing. In the passages that Sengupta pen in this book, we get a glimpse of the anger that breathes like ember in the mind of a man who is hell bent on reason, and not blindly following in the dictums of godmen. As Casey Dorman writes in the foreword to this volume— “His beautiful small book, Reflections onSalvation, wrestles with the conflict between the strict scriptural (i.e The Geeta) interpretation of salvation that recognizes that it may represent different things for different people, including the massive number of people who seek or findsalvation without having ever read The Geeta.”

It is important to read his books in the correct order, because when you see here the plight on the part of the poet to wash away the beliefs about the mantras about being something that are Godly and are to be revered, you should be reminded of one of the verses from his preceding book, The Earthen Flute— “Mantra bears lust… petty you, you blame the luster!” The writer writes in simple prose what has been a recurrent theme of his works, the idea of finding God among our fellow human beings and that the body is the key to the spiritual and denying the body does not lead you a step further towards salvation. His beliefs dawn on us when we read his comment that one cannot renounce without actually experienced the bounty. Again, something anyone could have thought, but yet a novel idea. This exudes the uniqueness of this chapbook.